Office of the President

I have so many fond memories of your magnificent state, Rhode Island. My old friend Lincoln Chafee used to take me on the Newport Dinner Train, or the “Ice Cream Train,” as they used to call it when I came on board. They had these beautiful old Pullman rail cars, just chugging along, and we would look out at Narragansett Bay and one time we saw this giant osprey. This thing was so big, literally the size of a grown man in terms of wingspan. And Senator Chafee—excuse me, he was governor at the time—Governor Chafee, he was a Republican who became a Democrat. Can you believe that?

So this osprey would swoop down into the bay—plow!—and snatch a fish right out of the water. Man, that thing could hunt. And he tells me, the governor, he says that ospreys have this special talon that rotates up to 360 degrees. I wish I could demonstrate in person, but it’s a trait that evolved to help them hold on to these fish. Anyone who’s ever tried to grab hold of one knows how slippery they can get. Of course, our fingers aren’t as advanced. We developed tools to help us hunt, and then we invented farming and so on. By the time trains came around, that’s what really built this great country, took us all the way to California.

That reminds me. There was a guy who ran steel out to Ohio, so I decided to ride out with him and see what it was like. And I was driving, going through Shiloh, in Richland County. His handle was “Big 10,” and all the truck stops were under blockade at the time. Remember? During the strike, must have been 1979. Jill and I were newlyweds. Couldn’t keep our hands off each other. And she thought I was crazy for wanting to haul steel. And this trucker gets on the radio, he says, “Big 10 wanting to come in.” I forget exactly how he said it. And the only woman truck driver I ever knew I met that day. She said, “This is Big Mama. No room.” Swear to God. True story.

Anyway, I am writing to recommend [Chris Li] for admission to Brown University. He is a bright, young Chinese fellow who comes from a very prosperous family. I didn’t meet a lot of Chinese growing up in Scranton, but my father was a car salesman and his boss used to always say he wished he’d married an Asian gal to help him run the books and keep all the numbers in order. Now, that was before the Japanese started kicking our butts in the 1980s, when everyone started driving Toyotas and Hondas, and they were sending us all sorts of fancy gadgets. You know, I remember during my first campaign for reelection I used to hang out backstage with a Walkman, literally, with the headphones on, listening to “Bad Girls” by Donna Summer on cassette. “Looking for some hot stuff, baby.”

Accordingly, I am recommending [Chris Li] for your finest math program. I mean that from the bottom of my heart. I am positive that he will be as generous a contributor to your family as his father has been to ours.

Dictated but not read 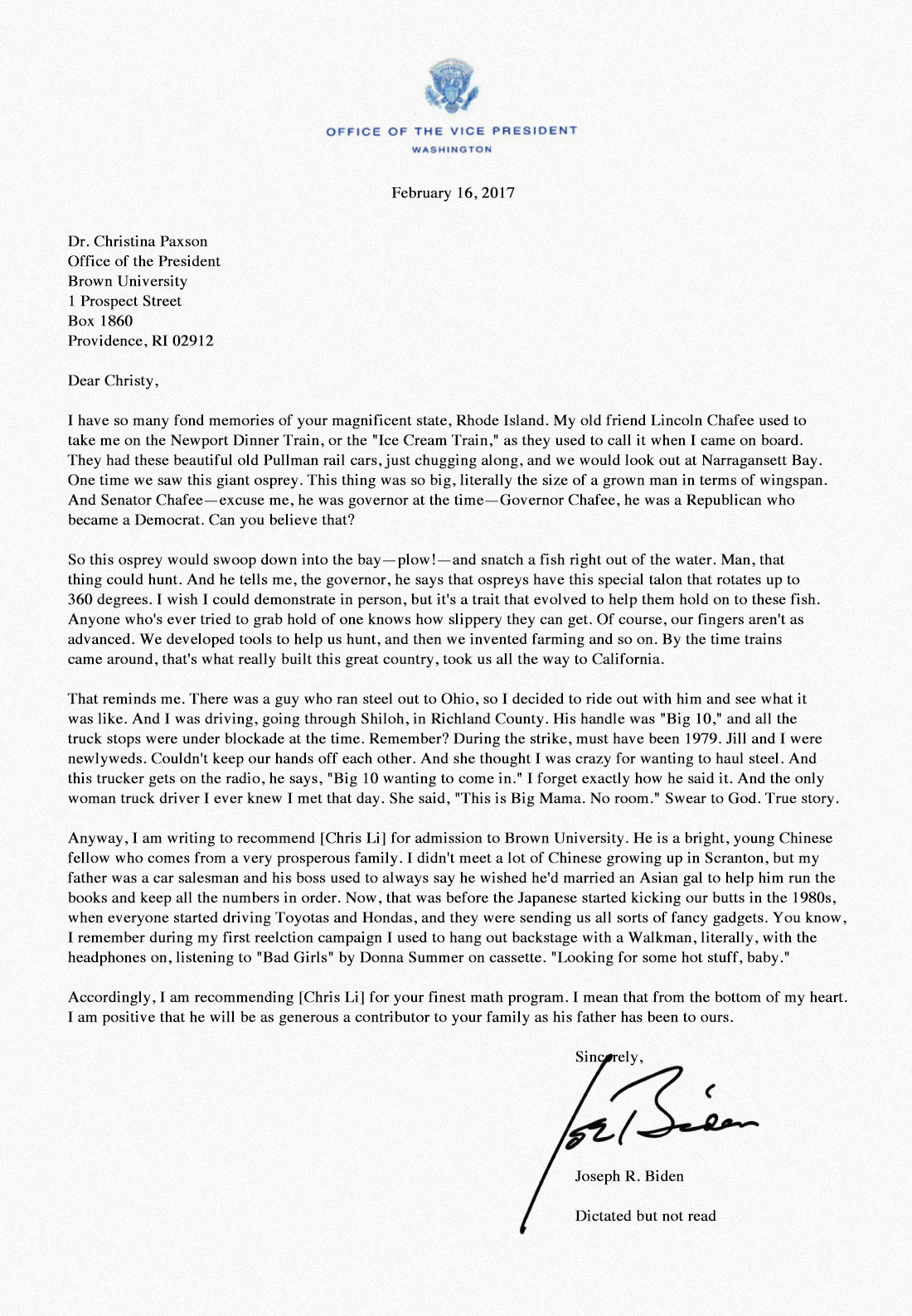 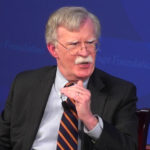 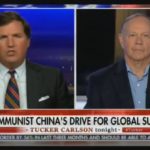 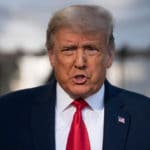 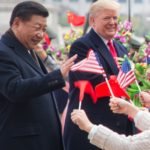 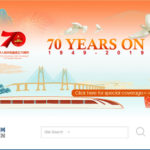 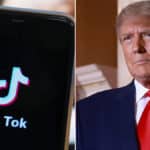 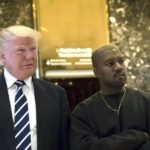 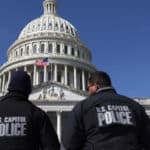 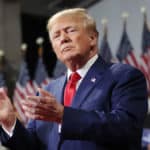